How to Tell If You Are a Bigot


First, the definition - so that the bigots can't pretend not to know what it is:

big·ot·ry   [big-uh-tree]  noun, plural big·ot·ries.
1. stubborn and complete intolerance of any creed, belief, or opinion that differs from one's own.
2. the actions, beliefs, prejudices, etc., of a bigot.
from http://dictionary.reference.com/browse/bigotry

The Ethic of Reciprocity -- often called the Golden Rule in Christianity -- simply states that we are to treat other people as we would wish to be treated ourselves.
Almost all organized religions have such an ethic. It is normally intended to apply to the entire human race. Unfortunately, it is too often applied by some people only to fellow believers.
http://www.religioustolerance.org/reciproc.htm/
http://notaboutreligion.com/2009/01/04/the-golden-rule-a-list-of-2-dozen-versions/ (Note: this second link includes Humanism's version.)


And third, a concept that too many are having trouble with: Fact vs. Opinion

Like many of you, I feel overwhelmed by all of the chatter over marriage equality - between the Boy Scouts and Chick-Fil-A, the amount of stupid is burning up my Twitter and Facebook.  (And yes, I'm adding to it. Thank you, Captain Obvious.) 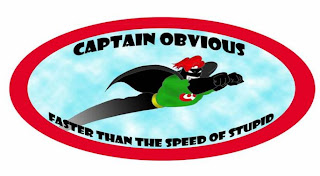 But there are a few recurring (and stupid) ideas that keep popping up that I've addressed elsewhere, and think you should have this response in your arsenal.

A distressingly large number of people have tried to turn all of this into an attack on "normal" people. They say "why can't you just 'live and let live' - leave Chick-Fil-A and the Boy Scouts alone?"  The reason is because both of those groups are ignoring the Ethic of Reciprocity (Golden Rule) and are actively picking on a minority group.  I made my case against the BSA already.

But someone asked me in a Facebook thread, to "Show me proof that Chick-Fil-A has done something to harm another human being." Done, and done. THEY proved that with their press conference announcing that they had donated money to the Family Research Council, and intended to continue "defending traditional marriage."

This is proof of harm, because despite their name, the council has done no "research" to show that allowing free U.S. citizens to marry each other does any damage whatsoever to "traditional" families. (The FRC is also listed as a hate-group by the Southern Poverty Law Center, by the way, just to head off the whiny cry of "why are you people calling Chick-Fil-A a hate group, now". There is ample reason for criticizing their Insincere Bigotry.)

The reason that the LGBT community is fighting - and the reason that I am increasingly fighting alongside them - is because the current state of U.S. law and the laws of the several states regarding marriage is unconstitutional. These laws - DOMA, DADT, State-level bans on gay marriages - are pushed into legislation by groups like the FRC, funded by donors like Chick-Fil-A, despite the fact that the 14th Amendment guarantees equal protection under the law.

Who is harmed by these laws? Every family which is denied their rights under DOMA. Sally Ride and her partner of 27 years. Children of gay or lesbian parents, like Zach Wahls. My friends, their partners, and their children.

If you recall the trial over California's Prop 8, this is what the Judge said in that case:

"Judge Stephen Reinhardt, writing for the 2-1 majority, therefore argues that "Proposition 8 serves no purpose, and has no effect, other than to lessen the status and human dignity of gays and lesbians in California, and to officially reclassify their relationships and families as inferior to those of opposite-sex couples. The Constitution simply does not allow for 'laws of this sort.' ""

So, there is my proof of harm.  Unconstitutional bigotry, funded by a wealthy organization to which I will no longer give my business. Now, a challenge to all of you who think you are being victimized by Scary Gays who are fighting to get this changed:  Show me proof that gay marriage has done any material harm to you or anyone else. If you think you can, you should go find the attorneys in the Prop 8 case and give it to them - because when the judge asked them for it, they couldn't offer any.

Do not bring your unsupported assertions about how They are eroding "family values," or your smears equating homosexuality with pedophilia and molestation. Do not bring your offended sense of entitlement because you think "gays are gross" and because you think the minority should conform to your sensibilities.  And do not lie.  Do not tell me that your opinion is based in anything other than bigotry.  You can't claim that, because it isn't true.

One last thing - do not tell me to "shut up and stop trying to infringe on their free speech."  Because if you don't see the epic ironic stupidity in that quoted statement, then you are beyond hope.

Trackback in the comments: Chick-fil-A - My one and only post on the subject

Check out the book!

Available since 2016 on Amazon: 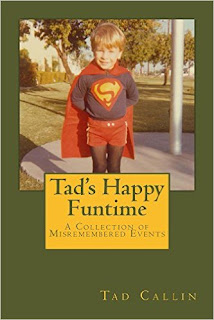 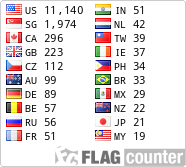